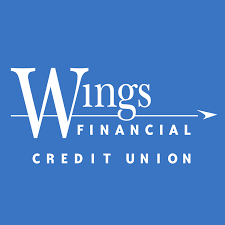 Team and systems to remain intact.

WINDSOR, Wisconsin. (Nov. 02, 2022) — Settlers bank and Wings Financial Credit Union announced today that the two organizations have reached an agreement for Wings to acquire the bank.

The transaction, which requires approval by state and federal regulators, is expected to close in the first quarter of 2023. When the transaction is complete, Settlers bank locations will be re-branded as Settlers Best Credit Union, a division of Wings Financial Credit Union.

“We’re excited about the opportunity to introduce our services to the Wisconsin market,” said Frank Weidner, Wings Financial CU President and CEO. “We’ve been exploring opportunities to expand into Wisconsin and this transaction was a great fit for both Settlers bank and Wings.”

Settlers bank is a privately‐owned, premier provider of commercial, treasury, mortgage, and private banking services. Founded in 2007, Settlers bank was started to be accessible, offer solutions, and to build relationships through collaboration. To learn more, visit www.SettlersWI.com.

Wings Financial Credit Union is Minnesota’s largest credit union and one of the top credit unions nationally, with over $8 billion in assets and more than 340,000 members. In 2022, Wings was named one of the top credit unions nationally by Gobankingrates.com for the upcoming year, as well as being named by the Minneapolis Star Tribune as Minnesota’s Best Credit Union and a Top workplace for the 10th consecutive year. Founded in 1938, Wings’ membership has grown to include anyone who lives or works in 34 Minnesota and Wisconsin counties including the Minneapolis–St. Paul metro area, the metropolitan areas of Detroit, Seattle and Orlando and the aviation industry nationwide. To learn more, visit www.wingsfinancial.com